A bumper Gfinity Supercars Eseries season gets underway tonight, with the full grid released for the six-round schedule.

Brenton Hobson has been confirmed to race for The Roar, completing the 12-driver line-up.

Hobson was one of six drivers selected via a draft held last month designed to find the best sim racers from Australia and New Zealand for teams who did not nominate a driver.

The series opens at 7:30pm tonight with a trio of races, at Phillip Island, Monza and then Suzuka.

The action will be broadcast live on Fox Sports 506 and streamed on platforms including Supercars.com, Kayo Sports and Twitch.

A 15-minute qualifying session will set the grid for the opening race; the middle race of each round will then involve a reverse grid format.

The grid for the third race of the round will be calculated based on the highest combined points accrued through the previous two starts.

All races will involve a compulsory pit stop. 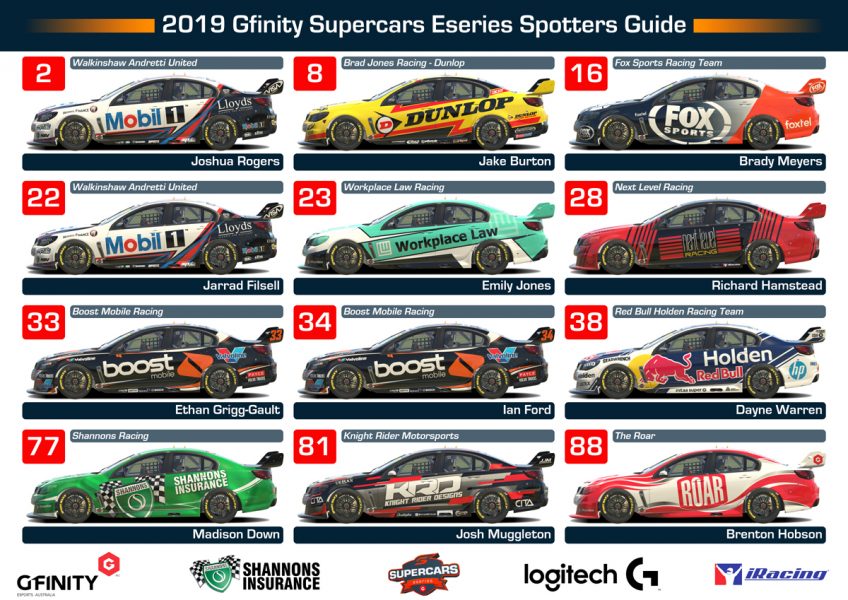 Round 2 takes place a fortnight later with a 41-lap feature race at Mount Panorama to coincide with the Supercheap Auto Bathurst 1000 build-up, before a further 12 races at various circuits during the last four rounds.

The finale will be held on November 19.

A total of $26,500 prizemoney is up for grabs across the top five drivers in the final standings; the championship winner will be rewarded with $10,000.

There will be a maximum of 150 points available at all six rounds, with points distributed all the way down to 12th place.

Each driver’s worst two races will be removed from their points tally after Round 4, with every start counting through the final two rounds.

The opening round will take place in the Gfinity Esports Arena in Sydney, with players competing remotely for the subsequent events.